When discovered, the twitter account was posting a series named ♐EL. Other series would follow, namely ♐RIA, ♐LEE, ♐CAB, ♐MUL, an unnamed series, ♐NIL, ♐DEPTH, ♐POINT. There were also some non-series tweets.

Because of the nature of the platform, finding older material was difficult, and not all of the older series were fully preserved.

After the end of the ♐POINT series on February 13th, 2017 no further tweets were posted.

On 3:48 PM EST, November 25th 2017 the @unfavorablesemi twitter account was re-activated. Given that a new twitter account can be opened with the name of defunct account by any user thirty days after the account was closed, it is unclear if the controller(s) of the account are now the same as previous or if they merely claimed an available username.

The reactivated account tweeted for the first time that same day, issuing a cryptic message that read AnXbE+>6N”DfSH(1&:

On December 6, 2017, the account began posting new videos in a short series named ♐FMI and a standalone video named ♐DDR DONE. It was followed on December 9th by a “double series” named ♐SECOND.

It remains unclear if the reactivated account is “authentic”, although its content (especially the detailed composite generated by the ♐SECOND series) contains many familiar elements.

The fourth G+ post contained a list of accounts that were designated as “♐REAL”, listing “TW_@unfavorablesemiUNTL91517”. This has been interpreted to mean that the original Twitter account was real until 9/15/17, the date of the Reset.

Posts to the twitter account typically involve rapid bursts of uploads, followed by periods of inactivity. It is surmised that this is because of limitations on the maximum number of tweets allowed per day. (please elaborate!) 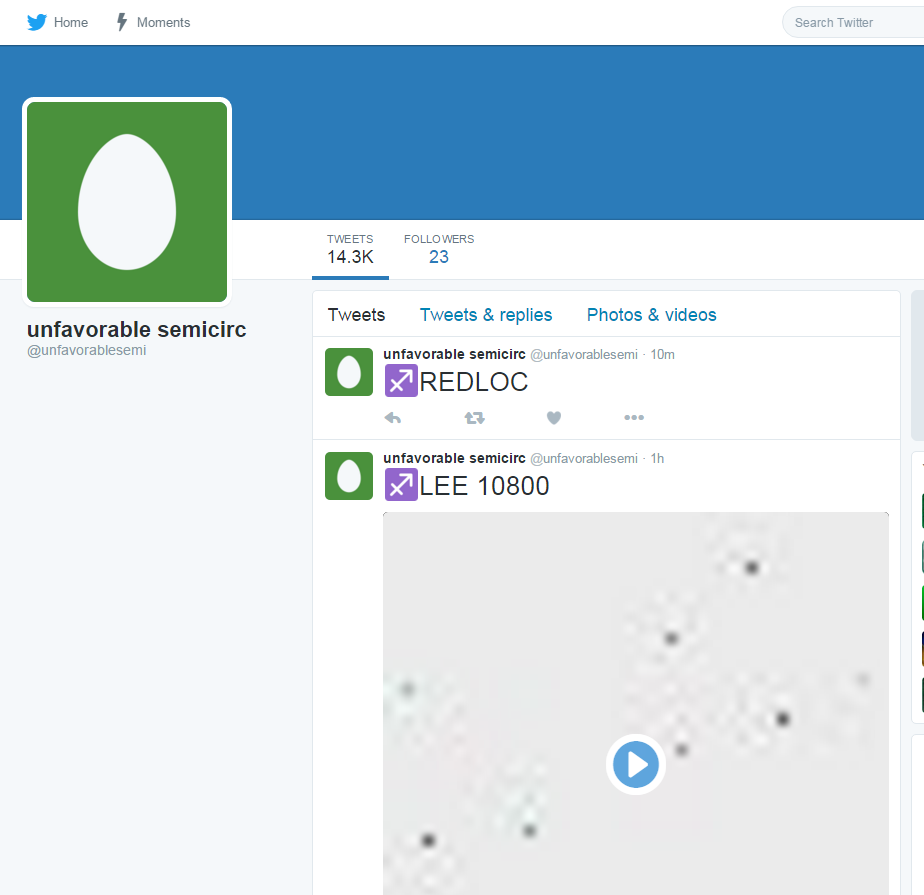 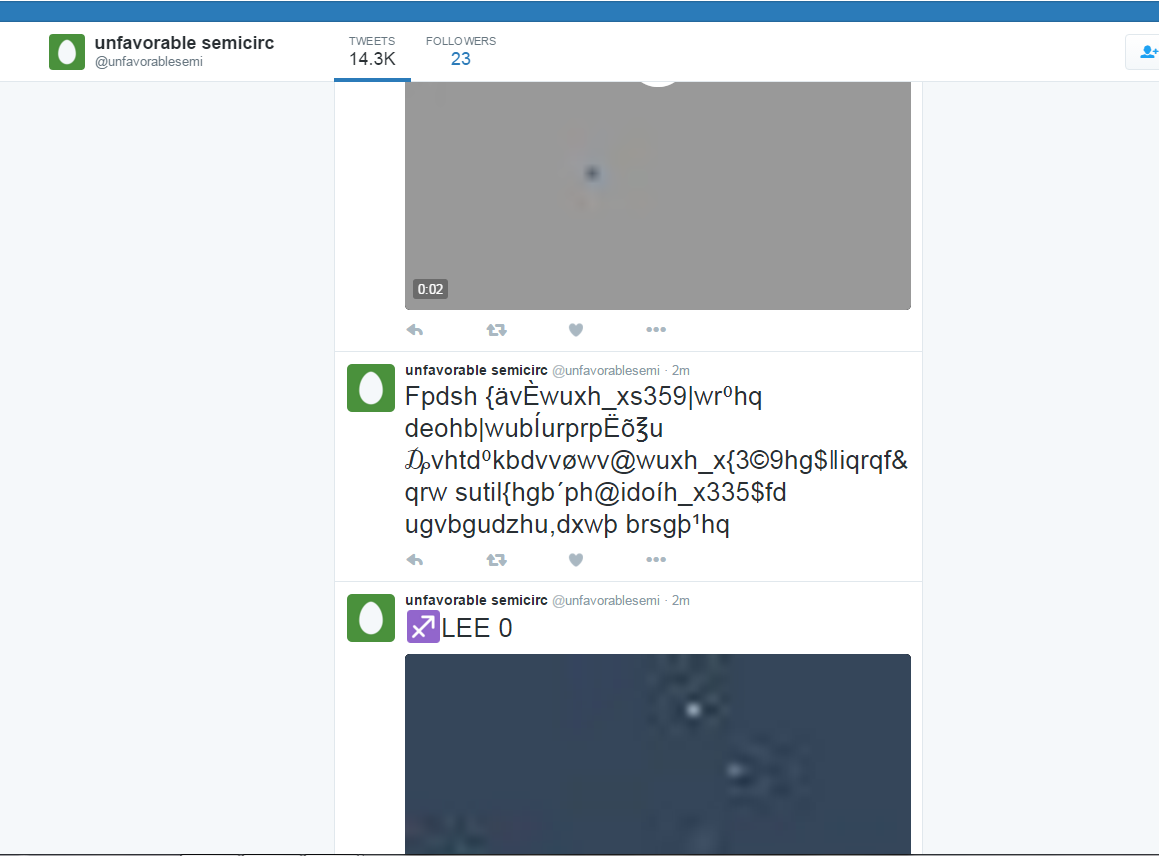 (see also the reddit discussion here and here on discovering and decoding that tweet via Caesar cipher.)

Posted on New Year’s Eve, discovered to be a link to the new YouTube channel

Discord user extra has observed that the debug info in tweets from the reactivated account contain this information:

It is currently unclear to what what “foffy-cotton” is referring.