♐SECOND is a “double series” of videos currently uploaded to the Twitter account. It began on December 9th, 2017 at 2:27 PM EST and was the second post “reset” series, following ♐FMI. Videos with increasing numbers were uploaded to ♐SECOND 926 (posted at 12:29 AM EST on December 10th), and then two minutes later posting resumed, starting once again at ♐SECOND 0.

It appears that the “second” ♐SECOND series (which is also referred to as SECOND II) has different content than the first, and the series has a greater number of videos. As has been seen previously on the twitter account, bursts of tweets have alternated with periods of inactivity (possibly imposed because of twitter’s posting limits). For example, the second series added videos continuously until posting ♐SECOND 1807 at 8:12 PM on December 10th. After that, an additional ♐SECOND 771 was posted at 8:14 PM, and deleted shortly thereafter before posting resumed. After ♐SECOND 1980 there was a substantial break of over 18 hours.

After ♐SECOND 4899 was posted at 5:24 PM EST on December 13, 2017 posting stopped. Posting to the twitter account resumed ten days later with the ♐STRAND series.

Characteristics and Questions of Authenticity

Videos were tweeted continuously (generally every 40 seconds) during the afternoon/evening (EST) of December 9th, and then steadily when not taking breaks. All videos are 72 seconds long (1:12).

At 1:12, ♐SECOND videos are longer than past twitter series. This could be the sign of a different “author” or simply UFSC taking advantage of twitter allowing longer embedded videos than in the past (the maximum length was changed to 140 seconds from 30 on June 21, 2016).

There appears to be a smaller number of audio tracks that are reused many times.

Videos 246 and 247 seems to have an audio track shorter than the full length of the video itself.

The audio is notably different than that of pre-Reset series. They have been described as more aggressive, louder and scarier - as if previous videos were “creepy” because they sounded entirely abstract but with these new ones actually making an effort to be offensive to the senses.

Some patterns are repeated, like the high-pitched “alarm” noises in ♐SECOND 503 and ♐SECOND 506.

“Second” most likely would mean that this is the second series after ♐RESET STRANGE YD (after ♐FMI). It could also mean that the author is not the original one but the “second” UFSC - someone who was asked to replace the first or just stepped up to the task after reclaiming the Twitter account - even if this latest series has a definite authentic feel to it, more so than the latest series.

UFSC has previously had complementary series and videos, most notably ♐BROTHER and ⊕BROTHER. There have also been “replacements” (such as ♐RESQEN for ♐SQEN). Although the latter seems more clearly a “fixed” replacement version, the relationship between the two BROTHER series in unclear — and it is unclear whether the second SECOND series is meant to be a contrast/comparison of some sort, or a restart after correcting errors.

(composite of series II by extra. Note that due to wiki limitations this is currently being posted in a lossy jpg version.)

(detail of “square” section, from an earlier version of the composite)

There is a richness of detail in this composite, especially in the “square” section of the image, including what may be hidden patterns. 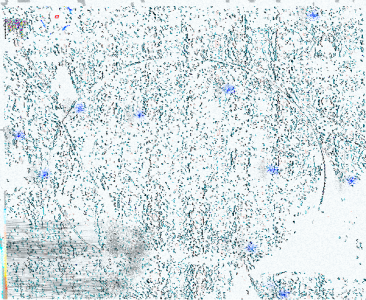 this has been observed to possibly correspond with the stars in the constellation Sagittarius.