The videos in this series are two seconds long, with rapidly-changing frames of a single color and the Unknown Voice making a series of sounds that are not the customary letters and numbers. Pieces of the Handshake appear occasionally (example)

(♐DEPTH composite — not including the November tweets) 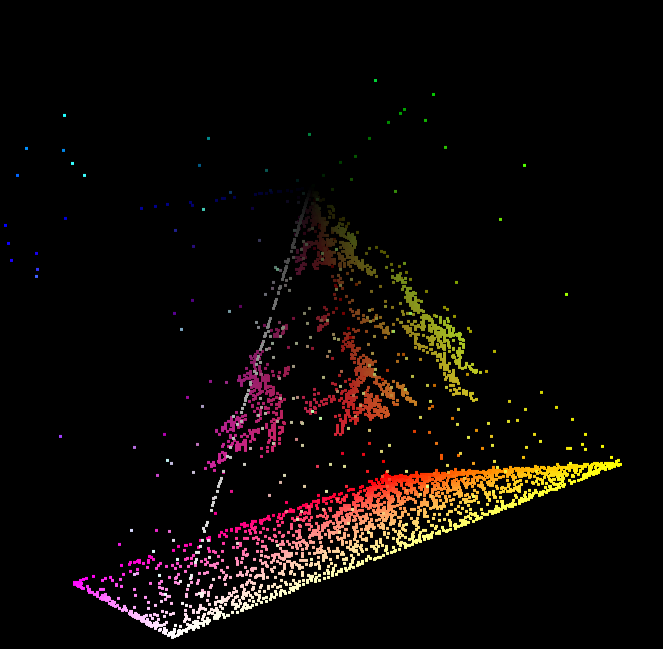 The image in the DEPTH composite is visually similar to the top half of the ♐HARVEST composite image. So far, no systemic investigation has been made to determine whether they are exactly similar. Likewise, it is otherwise unclear why or how the two series are related.

The ♐DEPTH videos contains sounds that seem to be audio from other videos chopped into smaller slices. (It has been theorized that includes the audio from ♐CREM and ♐ZUFCHO amongst others.)

Initial analysis has indicated there are 100 discrete sounds used across the series, but there is still work to be done finding the significance of that, such as finding whether that comprises a codeset or if the pieces can be arranged into a single continuous message.

An (incomplete) archive of the ♐DEPTH audio can be found here: https://www.dropbox.com/s/q9ah64v8rszhz3t/DEPTH_Audio.7z?dl=0