The Handshake, sometimes also referred to as Sign-off or Log-off is a short sound clip, typically lasting shorter than one second, that can be heard in several of Unfavorable Semicircle’s videos. The sound is mostly heard at the end of audio tracks, consisting of what is likely a low, distorted sine wave that increases in frequency.

Judging by the Handshake’s location in the audio tracks, which is typically at the very end, it is likely that this is a header to mark the end of a portion of data. Occasionally, the Handshake appears at the start of the audio, possibly implying a sort of connection between other occurrences of the Handshake. It is also possible that this is a notification sound that could indicate the function of a computer program, such as a signal to begin or stop audio recording. 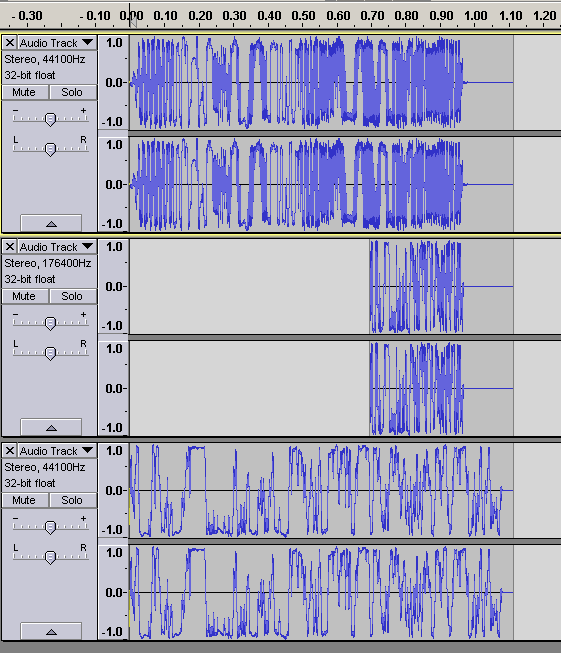 A similar low, bass noise can be heard in ♐574016 after each spoken character. The noise heard between characters appears to be a sort of reverb feedback. It may also be important to notice that the Handshake appears in its normal form at the beginning of this video’s audio.

During the last second of DDR_DONE, uploaded to Twitter, a second bass noise can be heard. This occurrence features a descending tone unlike the Handshakes found in many other videos. It is possible that the entire length of the sound was clipped due to the video ending abruptly. Within the same video, what sounds like white noise captured by a microphone can be heard about eleven seconds in, having a rising frequency similar to that of the traditional Handshake.

Please note that this section includes analysis of materials from Un-REAL_UFSC.

Discord user alexbassguy discovered “what appears to be a symbol in the middle” of the handshake when the sound is viewed in a waterfall sonogram:

alexbassguy’s commentary notes: “You NEVER see symmetrical frequency patterns like that in audio, it’s just not how audio works. The spooky thing? I found it by scaling the view in my spectro software to 18k, which is right where I’ve always seen this odd shelf in UFSC audio. There’s audio information that sometimes spikes up to 20k in all of the audio I’ve looked at, but there’s always this weird ‘dead zone’ above 18k.”

Risto noted overtones in the spectrogram: 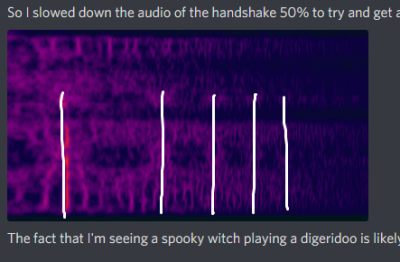 alexbassguy “was able to create this [image] using a sine generator and some extensive distortion processing. This is the sonogram, closeish but not exact.” 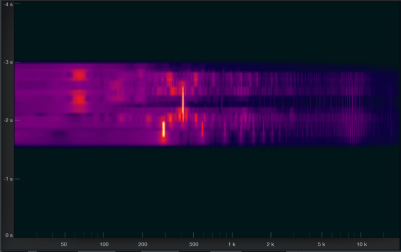 It had been noted that the symbol in the spectrogram image is similar to ♓️, the astrological symbol for Pisces, so “on a lark, I [alexbassguy] grabbed an image of the Pisces symbol, and ran it through an image-to-audio converter… With some tweaking and using distortion tools, I was able to get this. It’s not centered on the right frequency but it also looks very, very similar to the handshake.” 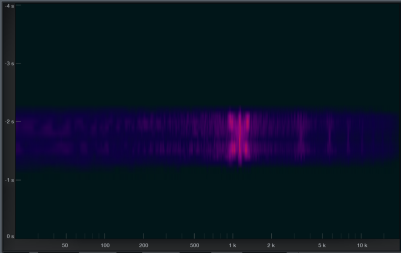 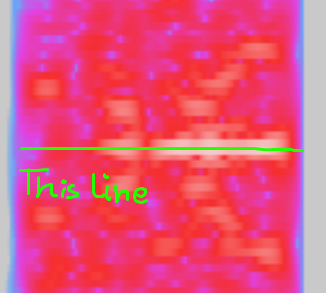 Risto continues: “The default handshake frequency then probably is exactly 490 Hz. RAPID’s handshake is 490Hz.” Additionally, half of the symbol appears in the handshake at the start, and the other half at the end:

Discord user ShadowMorphyn proposes that the symbol is, in fact, a visualization of the Sagittarius symbol, noting, “I drew what I can see in the handshake. Add a line and it’s a bow. 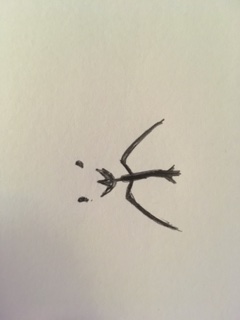 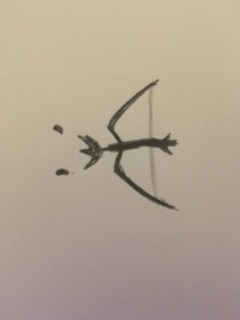 It has been observed by Discord user Risto that in at least one case that the handshake doesn’t have a DC offset when the rest of the audio does: