animated gif based on ♐UPRIGHT video by parsec

The video is only 12 seconds long and consists of an animation of vertical and horizontal, greyscale lines moving in a seemingly random pattern.

Discord users StrugLove and ShadowMorphyn have pointed out that the lines seem to make up a pattern in the form of a person from the shoulders up, like a webcam user or a news anchor. It has also been pointed out that in the middle of the video the whole screen goes gray, and the lines come back in a fashion similar to a .gif or video that has too few I-frames.

A distorted Handshake can be heard at the end.

Discord user Risto observes, “♐UPRIGHT is a strange one. The higher pitched noise either sounds like a really bad flute, or a Floppy Disk Drive. There is no handshake per se at the end of the audio: there’s a partial similar structure, but that is the only thing that matches the handshake.”

Risto further observes: “at the exact end of the audio, dDenoising the thing in audacity has revealed an audible mouse click at the end. Which is something that audacity does when you stop recording with it, as the delay makes the click record itself. And that makes me suspect that ♐UPRIGHT’s audio is in fact a recording of someone probably attempting to play flute or a weird FDD that was obscured with loud rumble.”

Discord user alexbassguy has also shared this spectrogram, noting “I can pretty definitively say that there are no voices or anything else hiding behind the distortion. There is, however, this very unique-looking sonogram. Looks like it could be a converted image of some kind?” 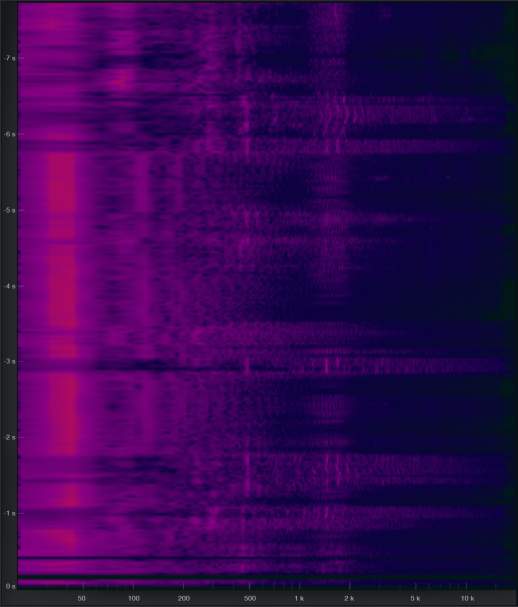 Due to the nature of the video it is not possible to make a composite with intelligible results. However, as seen at the top of this article, the whole video has been made into a gif, similar to ♐DELOCK.

This video was also relatively “time isolated”, appearing after a month-long gap following ♐STEM and three weeks before ♐DIAGONAL.