The audio track is mostly silent, except for sounds at the very beginning and end:

Those sounds, with the silence between them removed can be heard here.

Although SERN does have a meaning in the field of rocketry, there are more interesting connections with sern.js, “a Full-Stack Javascript for an easy starting point with SequelizeJS, ExpressJS, PassportJS, ReactJS and NodeJS based applications”, as this ties in conceptually with the previous third account youtube titles (♐NODE, ♐RUN, and ♐PORT).

With a constant image, this is an unsuitable candidate for making a composite.

On or before February 19, 2017, ♐SERN was removed “for violating YouTube’s policy on spam, deceptive practices, and scams.” This removal was first observed by Discord user Peter on February 19, 2017. 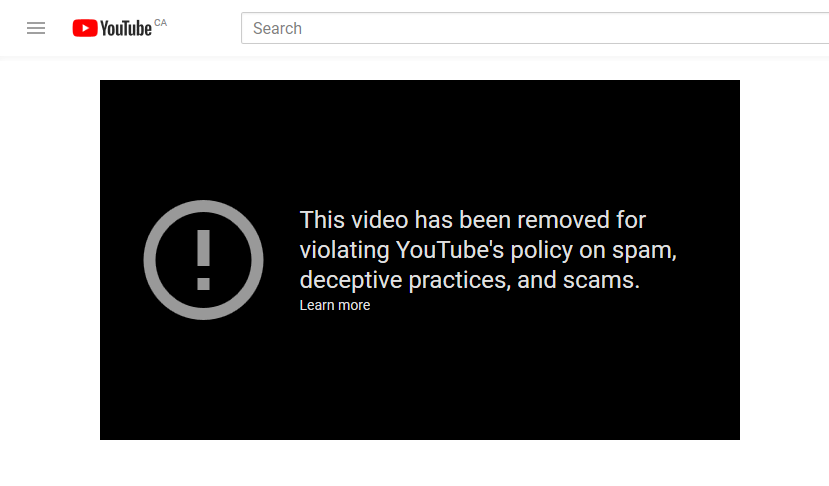 Just over a week before the removal of the video, UFSC was listed at #2 in a popular youtube video by The Infographics Show called “What Are The Weirdest Unsolved Internet Mysteries?”, which lead to a surge of interest and new viewers. Whether this attention is related to the removal of ♐SERN is unclear, but it is possible.