The audio track begins with a clear handshake, and then around 9 seconds of silence, before about 2 minutes and 14 seconds of loud audio. The audio has a repeating electronic noise with other underlying sounds. Beginning at around 48 seconds, an organ-like chord is audible and changes tone throughout the rest of the audible track.

The audio of the Handshake has been the subject of further analysis. 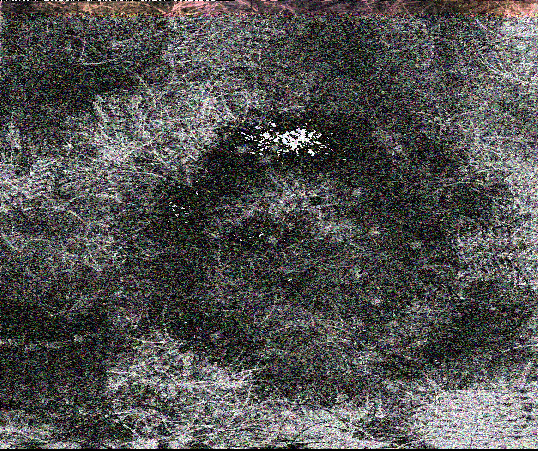 Discord user Rutabaga has observed that (similar to ♐PORT and ♐DEPTH ) there are Morse-like “dots and dashes” in the top left corner of the image. 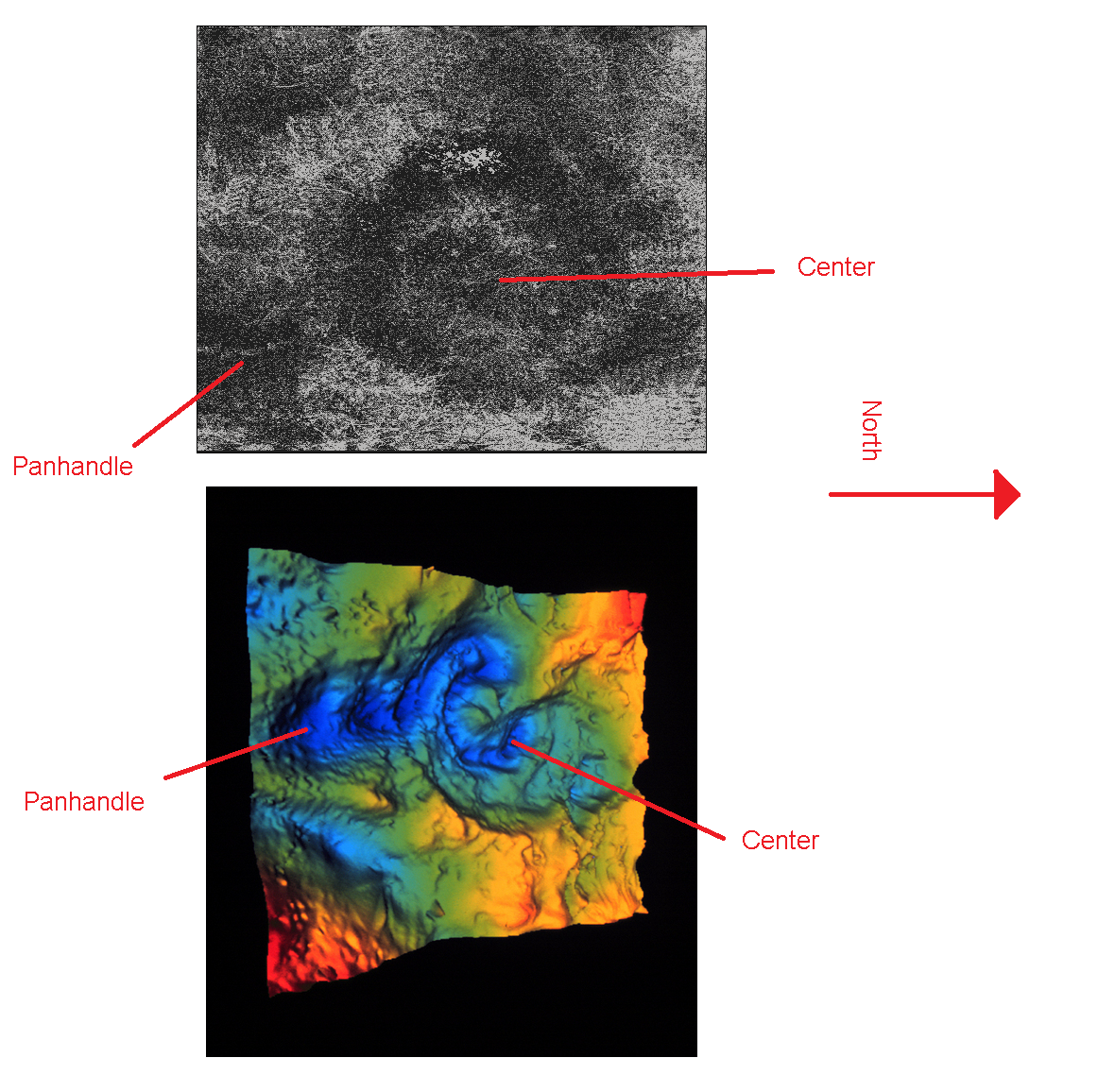 The grayscale composite shows a distinct spiral-shaped area that is shaded darker than the majority of the image. Some of the most identifiable features of the composite are the “panhandle” and what looks similar to a circular impact crater. The meteor that formed the crater is said to have caused a mass extinction event about 66 million years ago, a disastrous event possibly being the meaning behind the vague but worrying title “RUN.”