Until the service’s end in April 2019, Google/Youtube accounts also included a Google Plus (G+) account. The UFSC G+ page belonged to the same account as the second youtube account, and the messages on it are assumed to be authentic messages from UFSC’s creator(s).

At Mar 14, 2016, 12:11:50 PM AEDT A cryptic post was made to the Google+ page linked with the orginal youtube channel. This was decoded to point to the twitter page linked above.

This post was removed shortly after it was discovered.

The second post on the unfavorable semicircle G+ page was posted on 2016-03-15. The only content was the word “MAX_TEND”.

At around the same time (although the precise timing is unclear) ♐MAX_TEND was renamed ♐MAX_TEND MALFORM. The next day, new videos (♐RECOVER and ♐BROTHER) started appearing after a two-month hiatus.

The latter parts of the numbers can be interpreted as two dates: 2016-23-9 and 2016-3-9 (Year-Day-Month). These refer to the dates that Stabilitory newing and the new unfavorable semicircle channel started posting new videos. 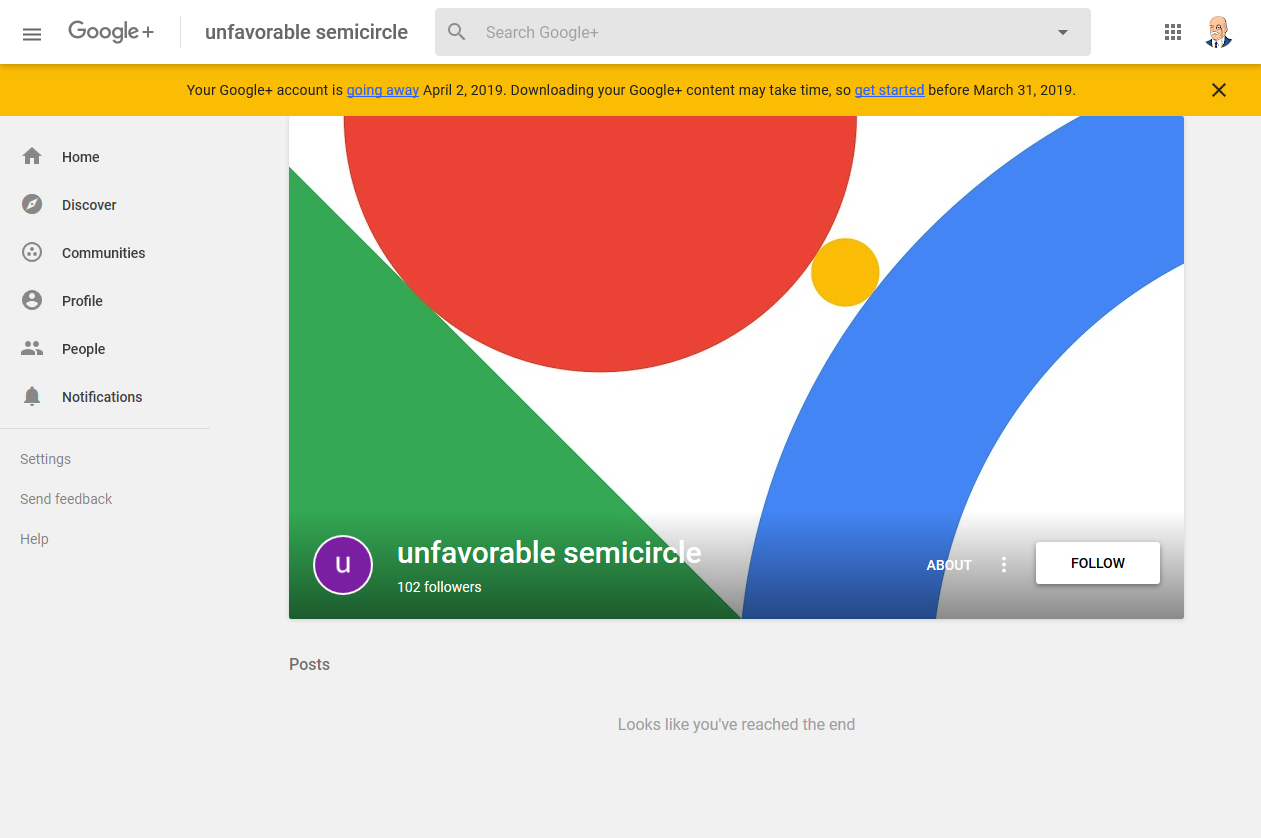 After it was noticed that the third G+ post was deleted, a new post was discovered on March 28. It was the first indisputable appearance of UFSC on social media since the Reset. 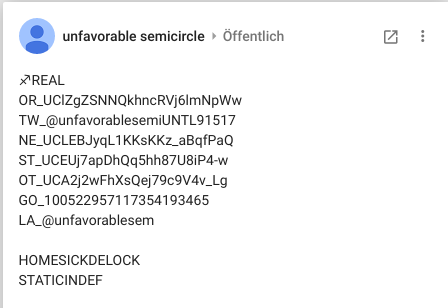 ♐REAL may point out that the below given social media links are real representations of UFSC, implying that the 3rd youtube channel and the post-reset incarnation of Twitter are fake. (Or, to use a different vocabulary, a new “fork” of the project by a different creator.)

On June 19, 2020, Discord user Freezepond observed that the music in ♐DELOCK appears to be a manipulated version of “Homesick”, recorded by Bailey’s Lucky Seven. (Gennett 4979, the b-side to “Carolina In The Morning”.) This would seemingly explain the comment “HOMESICKDELOCK” in this post.