On June 1, 2022, the Unfavorable Semicircle twitter account (@unfavorablesem) became active for the first time since its creation in March 2019, posting a series of tweets in a short period of time.

It is unclear if the person posting to the twitter account is an actual author of UFSC or merely someone who has assumed control of the account.

I think if an alien were to communicate with us it’d be like UFSC. Totally unhuman way of communication and thought.

(I’m not saying UFSC is an actual alien lol)

The first tweet is a direct quotation from a post from December 8, 2021 by discord user scottywiththebody in the #astrology channel.

got it basically right. outsider art, some puzzle some arg. webdriver inspired. a fine line between comprehensible and noise. stream of conscious, vague meanings. programming project & nothing exciting. meaningless poem unfound. not sure can be. nice work to all involved!♐️

A largely straightforward comment, although the reference to the “meaningless poem unfound” is unclear. 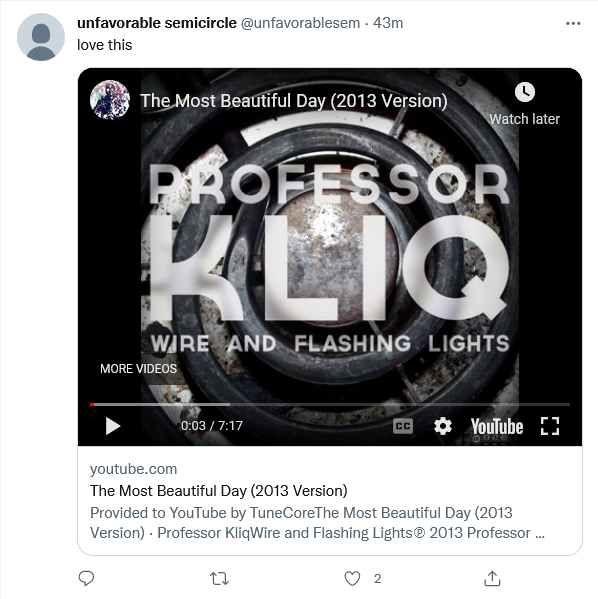 This tweet included a youtube link to the song “The Most Beautiful Day” by Professor Kliq. The lyrics of the song describe UFOs arriving on Earth:

And once it came close enough I knew

I realised that they were UFOs

I realised that we were being invaded by aliens

On the most beautiful day that I’ve ever seen

Discord user ShadowMorphyn posted that “that song they posted is definitely the sound for ♐SQEN”. 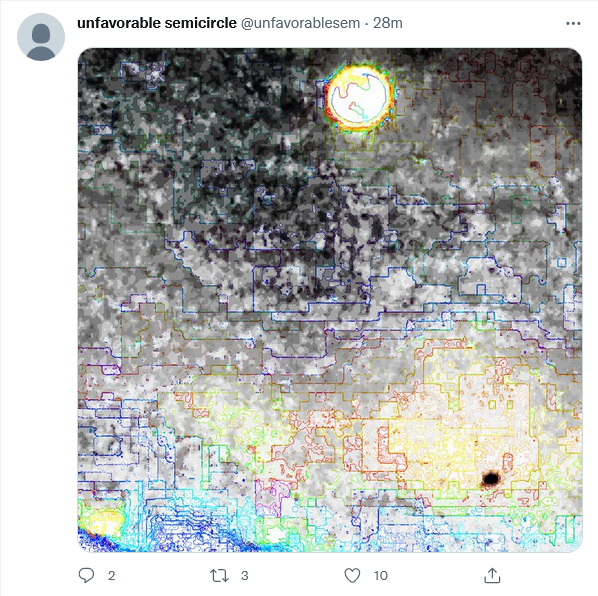 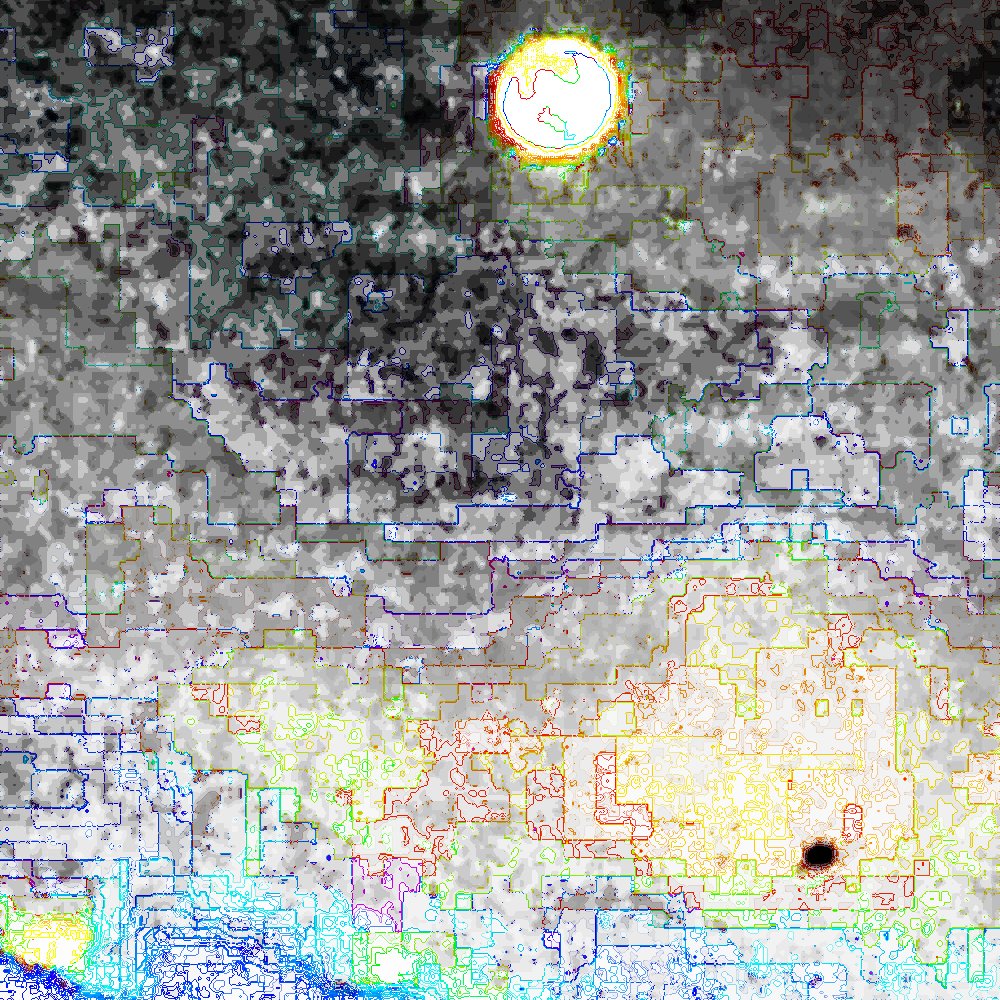 Appears to be an attempt at proving that unfavorablesem is UFSC [or at least someone close to them] following requests to prove their identity after Tweet #2. This specific BRILL composite has never been found before by the community. 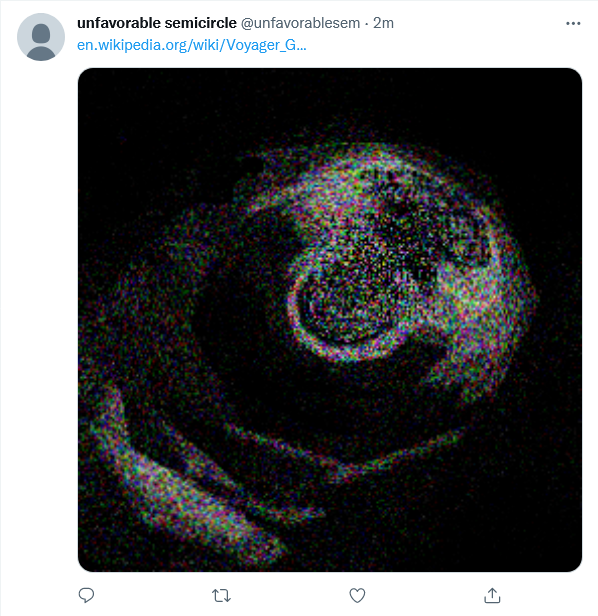 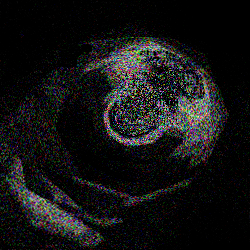 This is an obvious assertion that the image in the ♐LOCK composite is of the Voyager Golden Record.

The image posted is a 250x250 version of the ♐LOCK composite, which has apparently not been previously posted in the community. 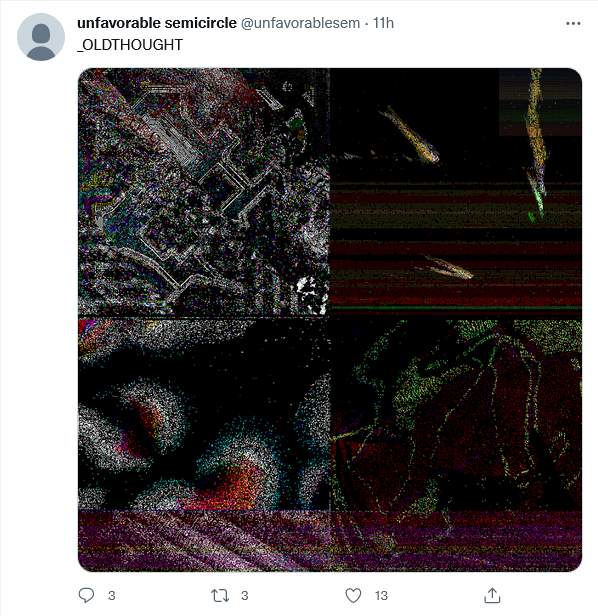 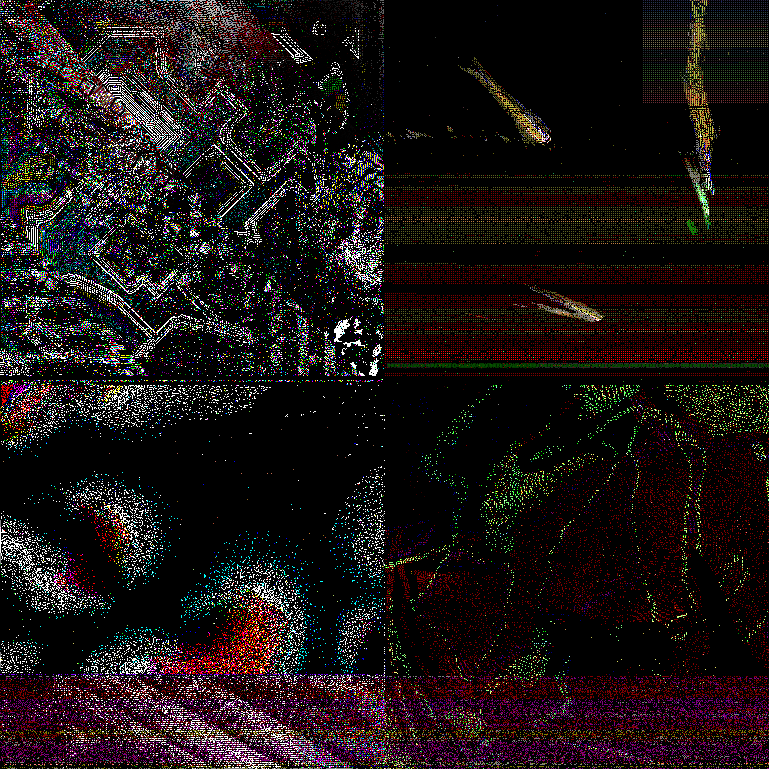 The meaning of “_OLDTHOUGHT” is unclear. The tweet includes a version of the ♐GOLDEN composite with a resolution of 680x680. This version of the composite has a filled-in version of the previously-unintelligible text in the top-right quadrant, now identified as the mantra of “There is always more…”

Shown below is the text section from _OLDTHOUGHT

Shown below is the text section from _OLDTHOUGHT, XORred with the original GOLDEN composite. [clearer result]

If a single structured/voted list of questions is created somewhere (platform of your choosing) I will answer some of the top questions. Can’t answer everything. Will start answering 1 week from today. Will answer here. 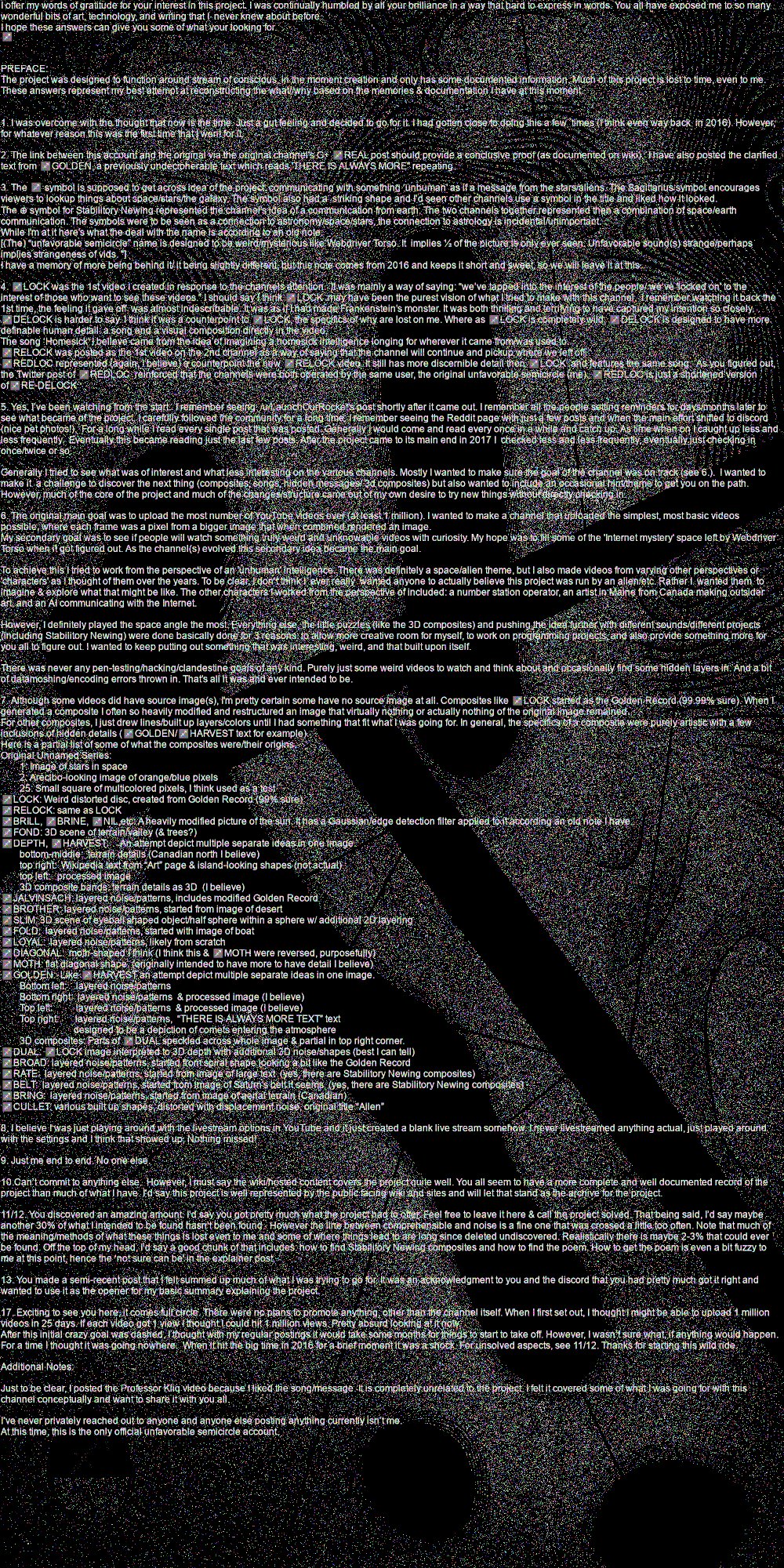 This tweet consisted of a background image with a large amount of text, written in response to the community-generated questions inspired by the previous tweet.